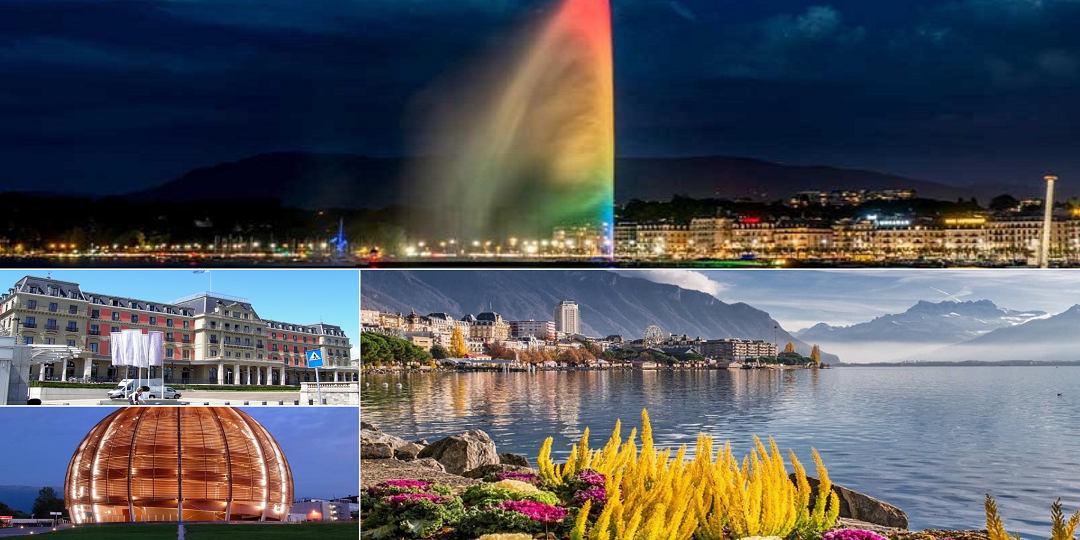 Geneva is a beautiful city located in the southwest of Switzerland. It is known for its clean and organized appearance, as well as its fascinating history. The city is home to many important international Organizations, including the United Nations and the Red Cross. As a result, Geneva is a popular destination for tourists from all over the world. There are many great tourist attractions in Geneva, Switzerland. The city is home to a number of museums, galleries, and historical landmarks. Visitors can also enjoy the beautiful scenery and outdoor activities in the area.

If you’re planning a trip to Geneva, be sure to add these top tourist attractions to your itinerary. 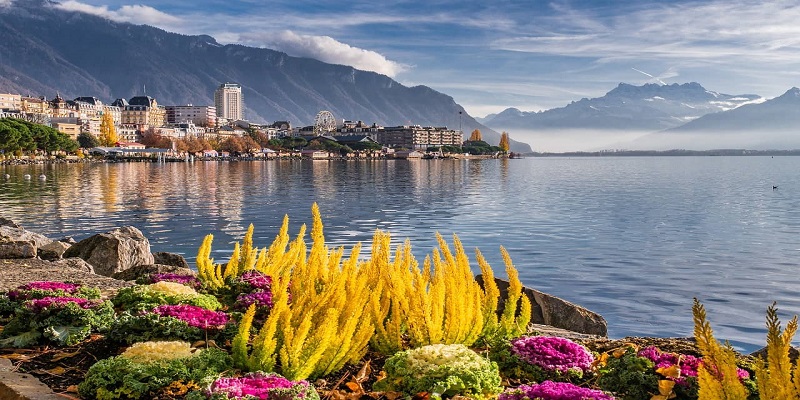 The largest lake in Western Europe, Lake Geneva shares a border with Switzerland and France. Its location on the north side of the Alps makes a natural charm and the surrounding area a prominent tourist attraction. The shape of the lake *represents a crescent moon* and you can enjoy the breath-taking view from any direction thanks to the variety of landscapes. The lake hosts varied wildlife including but not limited to *common buzzard and red kites*. To reach the lake, there are taxi services, buses, and trains. Some of the *prominent tourist activities are sailing, windsurfing, scuba diving, and boating*. Lake Geneva hosts a variety of events such as swimming events and yacht races which are remarkably popular amongst locals and tourists alike.

Geneva’s star is the lake. Its snow-covered Alps backdrop many of the city’s most beautiful views—Mouettes Genevoises transit between lakeside quays since 1897. Or, take one of the daily boats that connect Geneva to Lausanne, Montreux, and other lakefront cities. Choose a paddle steamer trip for a taste of old-fashioned lake travel. Rent a paddleboard to get closer to the lake.

If you love nature and bird watching, there is no more gorgeous way of appreciating wildlife at its best than bird watching in the early morning hours on Lake Geneva.

There are many tour operators that can help organize your visit, some that even set you up with a professional photographer to capture awesome moments in the most perfect light. However, any tourist can make this birding pilgrimage. It’s an especially great outing with kids. There are huge amounts of waterfowl that gather here early morning and depending on the time of the year – rare species can also be seen. The Eurasian bitter, great reed warbler, and common kingfisher are a few of the uncommon bird species.

May through September are ideal for bird watching here and some of the best spots are in the northern region of the lake. If arriving early morning, I would recommend bringing various layers of clothing, as the weather changes from damp and cold to very warm later on. 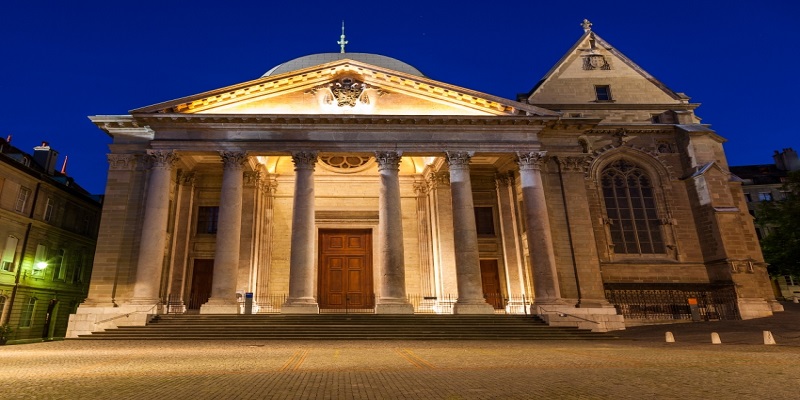 Geneva is a beautiful place to visit. If you’re interested in history and architecture, one of the best sites to include in your itinerary is the Temple de Saint-Pierre. This church has a long history dating back to 1150 when it was the Cathedral of Saint-Pierre. However, it was converted to a protestant church during the Protestant Reformation.

The church has some impressive Gothic elements, but from 1536 to 1564, when John Calvin preached, the altars, statuary, and paintings were stripped from the cathedral, so only the stained glass and carved capitals remained. The original stained glass windows are now in the Musee d’Art et d’Histoire, but the copies in place are faithful to the originals.

There are two towers dating back to the 13th Century, and the 157 steps to climb up the North Tower are well worth the spectacular views. You can also visit the adjoining Chapelle des Maccabees, which provides a fantastic example of High Gothic religious architecture, including beautiful window traceries.

Once you’ve completed your tour of the Temple de Saint-Pierre, be sure to stop off at the Place du Bourg-de-Four. It’s one of my favorite places and is considered the oldest square in the city, and it has a charming atmosphere. It was built on the site of the Roman forum and was used as a market from the ninth century. Today, the Place is packed with cafes and restaurants, many of which have outdoor seating. In fine weather, you can enjoy a drink or lunch looking out over the 18th-century fountain, the Palais de Justice, and the Heinz Schwarz statue, Clementine.

The Temple de Saint-Pierre is located on Cours St Pierre, 6 in the heart of the Old Town, surrounded by museums, monuments, and gardens.

The best time fit is July and August because Les Nocturnes offer access to the tower every Thursday. Again, it’s
easily accessible by either mode you prefer to commute. 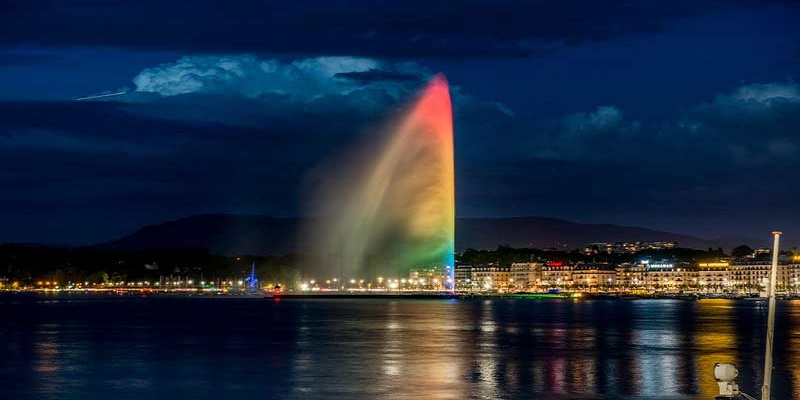 The jet d’eau is a famous fountain in Geneva, reaching 140 meters. It is an iconic city symbol and a must-see for any visitor and making it one of the tallest fountains in the world. To get the best view of the fountain, take a stroll along the quayside promenade. It is one of the most popular attractions located near Geneva Lake and holds the beautiful and tallest fountains pleasing the visitor with its cold breezes. Being located in the city’s heart, reaching out becomes even easier either by Tram or your commute! 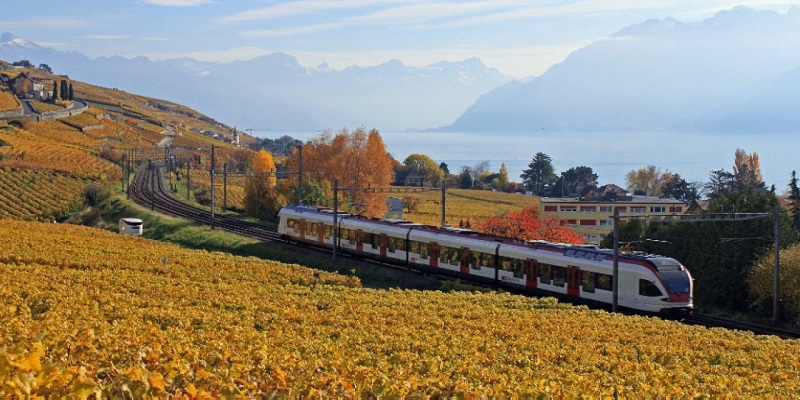 Finally, no trip to Geneva would be complete without taking a ride on the famous Lausanne Metro. This underground funicular railway carries passengers up and down a steep hillside, offering unbeatable views of
the city and Lake Geneva along the way. If you’re looking for an unforgettable experience in Geneva, be sure to add these top tourist attractions to your list. 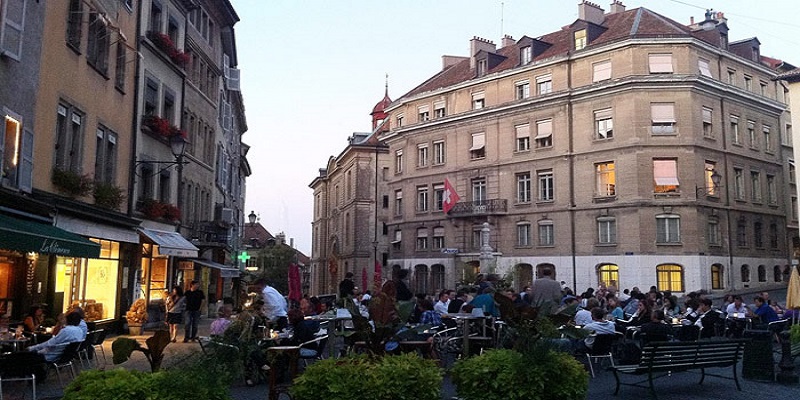 The old town is a beautiful area of Geneva with medieval architecture and cobbled streets. There are plenty of shops and restaurants to explore and many historical landmarks. 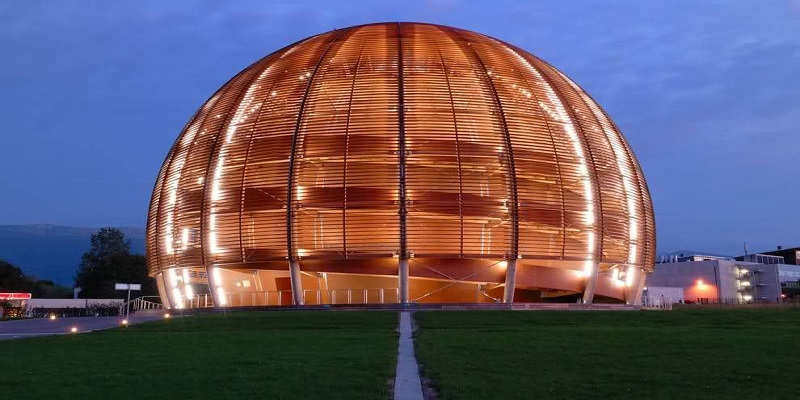 CERN is where the Large Hadron Collider is located, just minutes from central Geneva. At CERN engineers and physicists are exploring the fundamental structure of the universe. They’re using the world’s largest and most complex scientific instruments to study the basic constituents of matter – the fundamental particles that make up our universe and you and me and all of us.  In the Large Hadron Collider, the particles are made to collide together at close to the speed of light. This process gives physicists clues about how the particles interact and provides insights into the fundamental laws of nature.

The tour starts with a short 10-minute video presentation about the history of CERN and its current work. It’s really informative and the guide will answer any questions you may have at the end of the video. After the video, the tour starts. You’ll get to learn about how the Large Hadron Collider was built, how they inject particles into the collider tunnel, and how the data is analyzed. This is a photo of a section of the tubing used deep underground to accelerate particles at near the speed of light.

Next up you’ll walk across to the massive engineering building where you’ll see the room where scientists sit and analyze the results of the hundreds of particle collisions taking place deep underground. After a tour of this building, you’ll get to see the original CERN particle accelerator — the beginning of the current exploration into the start of our universe.

CERN is located literally on the French/Swiss border. In fact, it’s so close that if you walk just a few hundred yards up the road, you’ll cross over into France! There’s nothing really there, but it’s a pretty cool photo opportunity for Facebook or Instagram.

How to Reach CERN?

CERN is located just near Geneva Airport. It’s about a 20-minute tram ride from the center of Geneva. It’s very easy to reach CERN from Geneva. Head to the Geneva-Cornavin main train station in Geneva, and take tram number 18 to “CERN” (which is the final stop between CERN Globe and Reception). You’ll need to purchase a “Tout Genève” ticket from the ticket vending machine (the cost is 3 Swiss Francs which is about $ 3 USD) and you can pay with cash or a credit card. But also remember that most Geneva hotels provide free public transport passes so don’t forget to ask for yours if you’re staying in a Geneva hotel.

Make sure to arrive at least 10 minutes before the start of your tour.

It’s easy to check transport directions and the arrival and departure times for the tram by looking on Google Maps which provides detailed public transport information and route planning for Geneva.

If you’re a science geek, or just love exploring new locations, you’ll totally geek out on this tour. Each tour is conducted by an employee of CERN, such as a physicist, so they are a wealth of knowledge and will happily answer any questions you may have.

First, when you get off the tram, you’ll want to head across the road to your left to the brick main building, where you check in and get your visitor pass. Also inside this building is the gift shop where you can buy souvenirs of your visit to CERN.

Second, during the two-hour tour, you’ll be walking quite a lot, maybe about 1-2 miles in total, so make sure to wear comfortable shoes. There are some short staircases.

Third, you can take photos of anything, anywhere! In fact, our tour guide actively encourages everyone to take as many photographs as they want! 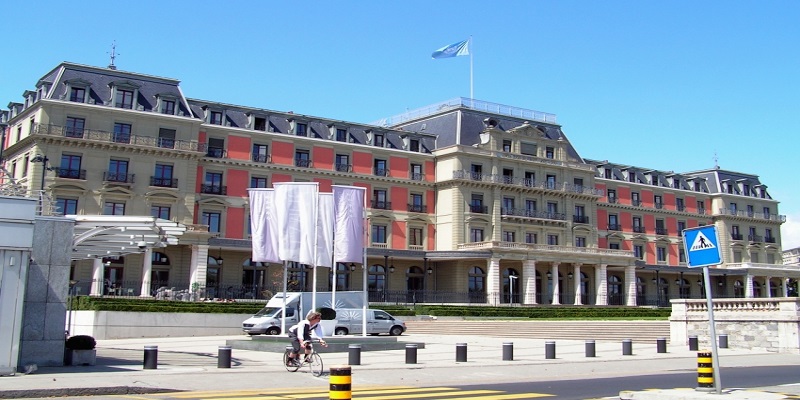 We will start by visiting the Wilson Palais and the amazing botanical gardens that you can find on the grounds of the castle. After this, I will show you one of the most important and special places in Switzerland… it is one of the best places in the world for both geology, which is one of my great passions, and for its incomparable natural beauty. It is one of the world’s original natural gardens… Yes, you guessed it… The unique Swiss Alps! 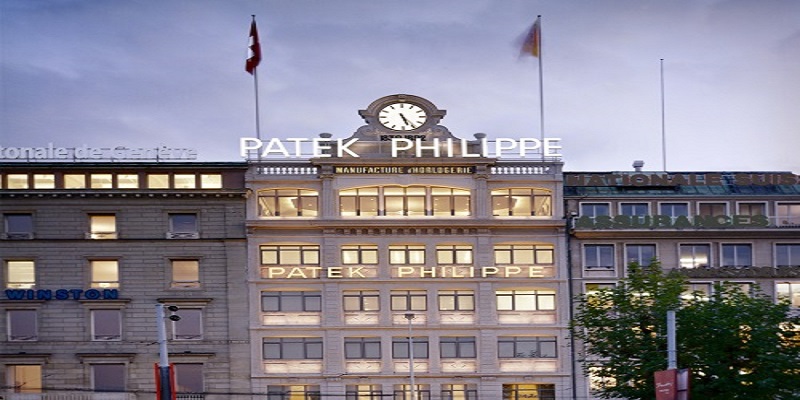 One of the most interesting sites to see in Geneva is the Patek Philippe Museum. This museum has exhibitions spanning 500 years of watch-making history, something for which Geneva is widely known. The-four story museum offers hundreds upon hundreds of timepieces in excellent condition to be examined. The museum is easily accessible by public bus from most major sites in Geneva. 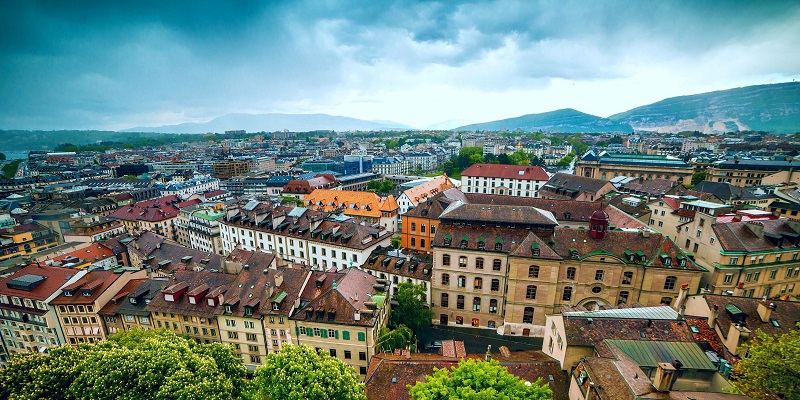 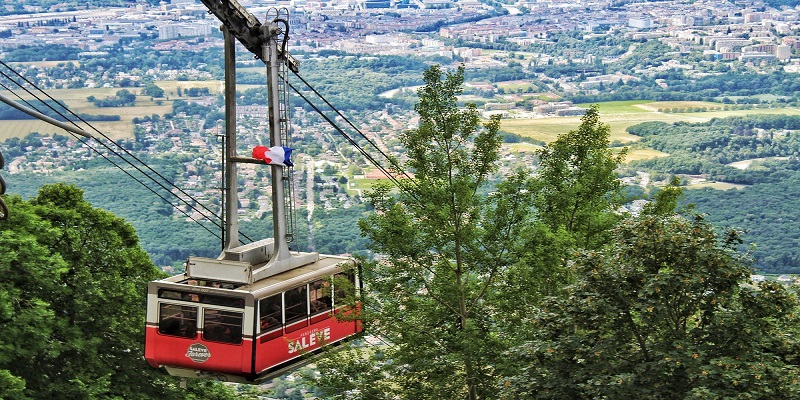 Mont Saleve, on the city’s perimeter, is a 1379-meter rock wall. Geneva, the Jura Mountains, and Mont Blanc are seen from high up. You can walk, bike, drive to its summit, or take the cable car. Mont Saleve offers rock climbing, mountain biking, paragliding, and skiing at Col de la Croisette. Mont Saleve has been called the ‘balcony of Geneva’ for good reason: its breathtaking vista.

To reach Geneva, visitors can fly into Geneva International Airport or take the train from Paris or Zurich. Once in the city, an excellent public transportation system makes it easy to get around. Geneva is one of the most connected cities in the world. Just 4 kilometers separate the city from the international airport, which is conveniently accessible by public transportation.